The five-to-one vote by the Taxi and Limousine Commission blocks electric transit startup Revel from launching its fleet of 50 Model Y Tesla taxis without breaking city rules. The TLC argued that Revel can still operate if it buys 50 gas cars and swaps their licenses out for electric vehicles — a requirement that Revel called “the very definition of limiting market competition.”

“It is not sustainable to allow an unlimited number of new vehicles to the road in a city that is all too familiar with the choke of traffic congestion,” TLC Chair Aloysee Heredia Jarmoszuk said at Tuesday’s meeting. “What we will not allow is the opportunity for another corporation — venture capitalists or otherwise — to flood our streets with additional cars.”

The TLC’s ruling came a day after it posted a bizarre notice saying that it had already voted to stop issuing electric vehicle licenses. The TLC said Monday that the notice was posted in accordance with city rules, but legal and transit experts told the Post that such notices don’t typically use past-tense language, adding that it may have discouraged New Yorkers from weighing in at Tuesday’s hearing.

Revel CEO Frank Reig slammed the TLC’s ban in a three-minute speech at the meeting, saying that in addition to its plan for environmentally friendly taxis, Revel offered its drivers fairer treatment than Uber and Lyft because it hired them as full-time employees.

“We’re offering exactly what this commission has been asking for for years: fair treatment and stable pay for drivers — who are all W-2 employees with benefits — and a plan to drive EV adoption in the city,” Reig said.

Reig’s company — which has raised $31.6 million from backers including Toyota, according to Crunchbase — griped that the TLC “offered no evidence or analysis” to support its move to end the electric vehicle exemption.

“The Commissioners sat through almost three hours of testimony on all sides yet asked zero questions and spent zero time deliberating before making a policy decision with profound consequences,” Reig said in a statement after the vote. “The TLC never intended to consider what drivers and New Yorkers had to say, and only cared about jamming through this vote on Primary Day with as little scrutiny as possible.”

Revel’s plan would have been allowed under previous TLC rules, but shortly after Revel announced its plans to launch the Tesla service in April, TLC Chair Heredia Jarmoszuk said the agency planned to eliminate the electric vehicle exemption for ride-sharing licenses.

Representatives of the New York Taxi Workers Alliance and several taxi drivers praised the TLC’s rule change, while the Independent Drivers Guild and activist groups including the Sierra Club and Tristate Transportation Campaign blasted it, saying it would set back efforts to address climate change.

The sole TLC commissioner to vote against the rule was Bill Aguado, an artist and activist who represents the Bronx. Commissioners Lauvienska Polanco and Nora Constance Marino were not present.

Last week, asked if Revel would ignore a potential TLC decision against the company and launch its ride-share service anyway, Reig said the company will hit the streets.

“We are going to be on the streets because we know the law is completely on our side,” he said. “Never in Revel’s history have we operated illegally.” 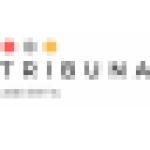